From time to time people debate which sin or character defect is the worst of the worst. For British author and theologian C.S. Lewis it was no contest.

“The essential vice, the utmost evil, is Pride. Unchastity, anger, greed, drunkenness, and all that, are mere fleabites in comparison. It was through Pride that the devil became the devil. Pride leads to every other vice. It is the complete anti-God state of mind.”

Calling out pride in other people is an enjoyable spectator sport. Boxing promoter Don King once said, “I never cease to amaze my own self. I say that humbly.” Of course you do.

A woman submitted this personal ad some years ago to New York magazine:

“Strikingly beautiful. Ivy League graduate. Playful, passionate, perceptive, elegant, bright articulate, original in mind, unique in spirit. I possess a rare balance of beauty and depth, sophistication and earthiness, seriousness and a love of fun. Professionally successful, perfectly capable of being self-sufficient and independent, but I won’t be truly content until we find each other. Please reply with a substantial letter describing your background and who you are. Photo essential.”

What were Union General John Sedwick’s last words, which were uttered from his command post at the Battle of Spotsylvania? “They couldn’t hit an elephant at this dist—“.

Then of course there is Bruce Ismay of the White Star Line, who proudly announced: “God himself couldn’t sink this ship.” The ship he had in mind was the Titanic.

It’s fun to spot pride in other people. But the disturbing realization that gradually dawns on us is that pride is not “somebody else’s problem.” Pride, more than anything else, separates us from God and alienates us from other people. Pride turns out to be a neck problem. Pride is what makes us look down on other people and what they bring to the table. If and when our necks become frozen in this position, we’re in real trouble.

In order to see God–to look into the face of the One who is infinitely superior to us in every imaginable category–we need to look up. And that will require humility.

As Lewis points out, “Humility is not thinking less of ourselves. It is thinking of ourselves less and less.”

Where do we start? We can begin to think and believe-and to say aloud-four powerful words:

N.T. Wright, the Bishop of Durham, and one of the greatest living Bible scholars, opened one of his theological masterpieces by admitting that he was pretty sure 10% of his book was wrong. The problem was he didn’t know which 10% it was.

What would happen if we let humility permeate our lives?

That’s a good thing to know, because there’s one thing we know for sure:
In every area of life, there are always icebergs dead ahead. 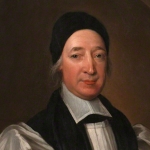 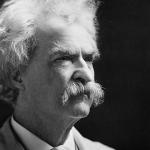