The more time you spend with God, the more likely it is that you will wrestle with God.  Spoiler alert!  You will lose that wrestling match.

But there’s a good chance you will end up with a souvenir that will be worth keeping.  The prototypical divine-human wrestling match is reported in Genesis 32:22-32 which has long been regarded as one of the Bible’s most mysterious passages.  Jacob, the grandson of Abraham, is preparing for an anxiety filled reunion with his brother Esau.  This would be the same Esau from whom he had stolen, years earlier, both the family’s birthright and their father’s blessing.

As if that isn’t a sufficient formula for losing sleep, he is getting ready to wrestle with someone described as “a man.”  The text implies it is The Lord, who represents God himself.

Light begins to appear on the eastern horizon, it is just before daybreak.  But Jacob replied, “I will not let go.”  The man asked him, “What is your name?”  ‘Jacob,’ he answered.

Now this may seem a strange thing to ask.  Is the angel afflicted with amnesia?

How did he answer the last time he was asked his name?  “Father, it is I, Esau.”  Jacob had lied about his identity and received a blessing.  God will have none of that this time.

For most of his adult life, Jacob has refused to face the truth and he runs for his life.  But this time is different.  This time he hangs on to the angel and says he will not let go “unless you bless me.”

Are you in a wrestling match with God?  Are you full of anger or disappointment because God has taken something precious from your life?  Have you asked for guidance only to hear silence?  Don’t let go.

Way too many people break their clinch with God and say, “Well, I guess that’s that.”  It’s true that wrestling with God’s presence and God’s will in heart to heart grappling appears to be one of the factors shaping our lives.

That was certainly true for Jacob.  He emerges with a limp but held on.  He has a new name (Grabber) will now be known as Israel.  He wrestled with God and prevailed.  The people of Israel, to this day carry his new name across the millennia.

Jacob leaves us with something else:  “As the sun rose above him, he was limping…”  (Genesis 32:31)  We shouldn’t be surprised that wrestling with God leaves a mark on our lives.

For years I have looked back on a particularly difficult time in my life and winced.  The spiritual growth that sprang from that encounter in many ways has been a blessing even though the memories are painful.

When it comes to memories, I still limp from time to time but the memory is accompanied by God’s reminder:  “Don’t forget that during that long, dark night I am with you and that I have blessed you.”

Are you wrestling with God?  Don’t let go.  Life’s hardest moments may leave us with a limp but in the end we will stand straighter and taller. 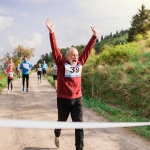 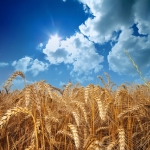