When Rudolph the Red-Nosed Reindeer first aired on NBC on December 6, 1964, it seemed to check all the right boxes.  The hour long show featured Arthur Rankin Jr.’s “Animagic” process-stop motion animation that produces the jerky, seemingly three-dimensional movements of the cartoon characters.  It was based on a wildly popular song Gene Autry, the singing cowboy, had debuted back in 1949.  The movie provided a back story to Rudolph’s life, addressing such burning questions as, “How did Rudolph get his shining red nose?” and “Why did all the other reindeer use to laugh and call him names?”

The movie had a compelling message:  Even if you’re different, you still have a place.  Rudolph who was a social outcast flees the North Pole in search of a friendlier place to live.  His travels take him to the Island of Misfit Toys, where a winged lion named King Moonracer gathers unwanted, not-quite-right toys who dream of belonging one day to a child who will love them.

The misfits include a train whose caboose has square wheels, a water pistol that shoots jelly, and an elephant with spots.  Rudolph promises to tell Santa about their plight so they can be delivered to deserving homes on Christmas and of course there is the feel good ending when fog threatens to scrub Santa’s annual global flight and Rudolph with his nose so bright saves Christmas.

The movie was a smash hit.  It did indeed checked all the boxes.  Except for one.

In the final scene, Santa shouts, “Ho, Ho, Ho, Merry Christmas!” and the sleigh flies off into the night.  The credits roll.  But wait.  Did Santa somehow forget to visit the Island of Misfit Toys?  Isn’t there any hope for the beleaguered characters the audience met just 30 minutes earlier?

NBC was inundated with thousands of letters, many from children.  Couldn’t the ending be changed?  Rankin and his team did just that.  Rudolph the Red-Nosed Reindeer now closes with Santa stopping at the island and welcoming the misfits into the sleigh.

What about the not-quite-right people in our own families that we will encounter once again during the holidays?  If they ever establish an Island of Misfit Relatives, most of us would need only a few minutes to nominate some candidates for residency.

But let’s face it.  That’s where all of us live.

For years I tended to label some of the high-maintenance people in my life as EGRs.  They are Extra Grace Required people.  Then it began to dawn on me that those very same people were labeling me as Extra Grace Required.  And so I am.  As one of Jesus’ misfit disciples, I need all the grace he can possibly provide.

How can we genuinely love the EGRs with whom we will be spending time in the days ahead?

If such love has to originate in our own hearts, we’re all sunk.  But God generously supplies

love to those who ask him for a fresh supply.  “God, I need your help to love, really love, those whom I find difficult to be around.”  God answers that prayer by putting his own love into our hearts.

And as a special bonus he will remind us of his truth:  We’re all EGRs.  But we’re God’s EGRs.  And he will never leave us stranded on an island without a chance to experience firsthand the wonders of his own grace and love. 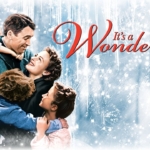 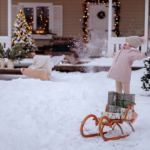