An Evening with Author Lori Borgman

An Evening with Author Lori Borgman

Join Lori for a lively and tenderhearted foray into the world of grandparenting. She weaves through the joys and memorable moments of breaking out in a cold sweat while changing diapers on preemies, having her name and number posted on a bathroom wall so a tot can report every potty training success, and being asked, “Were you alive when Aesop wrote those fables?” Written with the trademark wit and warmth of her nationally-syndicated column, What Happens at Grandma’s Stays at Grandma’s is the perfect bookend to her nationally acclaimed 1999 release, I Was a Better Mother Before I Had Kids.

They were both totally over the moon, enthralled and enraptured with their beautiful newborn.

Bits and pieces slowly floated back to me. We had been over the moon, too. The marvel and wonder of new life takes your breath away.

The new momma and papa looked so young, so wide-eyed and dewy. What were they? Ten and twelve? Nah, they were in their mid-twenties.
Had we been that young?
We had. Even younger.

They were completely inexperienced.
So were we.
They seemed to be naturals—at ease with the baby, moving in tandem with a fluid motion.

Our son handed the baby to me. It was like cradling a bundle of feathers, so soft and light. It’s a different dimension when the baby you hold is your grandchild and not your own child. Because you’re not the first line of defense, you relax more, take it all in more, savor it more, each flutter of the eyelids, each rise and fall of that tiny little chest.

From the back cover

. . . told yourself you’ll never go as bonkers as all those other women becoming grandmas?

. . . had your arms outstretched and felt wind shear as grandkids blew past you and into the arms of Grandpa?

. . . wished you could give your sight to your grandson losing his?

. . . written an apology letter for minor property damage done when you were left in charge of the kids?

. . . wanted to nominate yourself for sainthood after spending three nights on an air mattress? . . . heard yourself yelling, “There’s a worm in my eye!”?
. . . wondered if the grandkids will still come around when they’re older?

Lori Borgman is a syndicated newspaper columnist whose column is distributed to more than 400 newspapers and online outlets throughout the U.S. and Canada. Lori and her husband have been married 40 years and live in Indianapolis. After a brief season as empty nesters, the house is once again full with their three grown children and their spouses, and eleven very busy grandchildren coming and going. In their spare time, Lori and her husband enjoy collapsing on the couch. 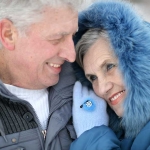 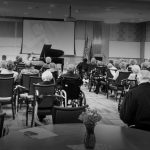 Prohibition: The Noble Experiment That Went Wrong!
Scroll to top