Five members of the MSO Percussion section will be at Westminster Village, to play the marimba, on Tuesday, December 11th, at 7:00 pm. The ensemble will be playing a selection of Christmas songs such as Silver Bells, Parade of the Wooden Soldiers, The Christmas Song, and more. They will also be playing some carols that folks can sing along to.

Some of our selections…

The marimba is a percussion instrument consisting of a set of wooden bars struck with mallets called knobs to produce musical tones. Resonators or pipes suspended underneath the bars amplify their sound. The bars of a chromatic marimba are arranged like the keys of a piano, with the groups of two and three accidentals raised vertically, overlapping the natural bars to aid the performer both visually and physically. This instrument is a type of idiophone, but with a more resonant and lower-pitched tessitura than the xylophone. A person who plays the marimba is called a marimbist or a marimba player.

This project is supported in part by the National Endowment for the Arts.

To find out more about how National Endowment for the Arts grants impact individuals and communities, visit www.arts.gov. 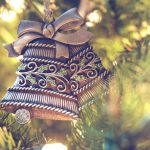 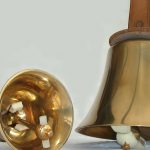 The Bells Are Ringing At Westminster Village
Scroll to top