“The Mystery of Suffering”

We are seeing some suffering all over the world from COVID-19. But we are also seeing incredible events from nature that are causing people additional strife. The wildfires that are raging in the west are taking a human toll and an environmental toll as firefighters seem to lose ground daily. Then off in the Gulf of Mexico another hurricane heads for Louisiana.

Other tragedies remind us of how unforgiving nature can be. The Indian Ocean Tsunami of 2004 took 227,000 lives. Towering waves, some over 100 feet high fanned out across the Indian Ocean crashing into the coastlines of 14 countries.

In all of these tragedies including the victims of this Pandemic we look for answers. Who is at fault? Ananda Guruge, a Buddhist teacher suggested that those who perished in 2004 were paying the price of accumulated demerits in this life or past ones. Nadadur Vardham, president of the Hindu Temple Society of Southern
California declared, “We all believe too many people were doing too many bad things.”

A number of American televangelists likewise see disasters as the direct consequence of personal sin.

How might Jesus land on this issue? We have a pretty good clue based on a famous exchange in the ninth chapter of the Gospel of John. Jesus and his disciples encounter a blind beggar. This man has been unable to see from the day of his birth. It was par for the course in the first century Judaism to speculate on the source of such heartbreak. There were two primary options: either the man’s parents had sinned (and their son had to pay the price), or the man himself had somehow sinned before birth. Perhaps God knew he was going to grow up to be a whale of a sinner and decided to punish him in advance.

“Teacher who sinned, this man or his parents?” Jesus doesn’t check either box. He offers a third option.

“You’re asking the wrong question. You’re looking for someone to blame. There is no such cause-effect here. Look instead for what God can do”. (John 9:3)

When something disastrous happens-like a tsunami, a wildfire, a hurricane, a pandemic, or an economic collapse-we can look back and try to figure out why it all happened. We will almost inevitably end up wallowing in our own ignorance.

Or we can do what Jesus does. We can look forward. Instead of asking “Why did this happen?” we can ask, “What happens next? With God’s help, where do we go from here?

In John Chapter 9, Jesus doesn’t use the blind man to teach a graduate course on the reasons for suffering—–He Heals him.

Why has God allowed 2020 to become so painful for so many people? We haven’t been granted access to the fullness of that mystery. But there’s something we do know–Followers of Jesus have seldom had a more remarkable opportunity to be his hands and feet to help others in need. 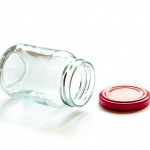 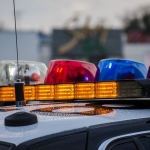