“The Legacy of Transformed Lives”

Ramses II was the most remarkable of the Egyptian Pharaohs. After taking the throne in 1279 B.C. he lived to be 90 and ruled for 66 years. He fathered more than 100 children. Most famous rulers become known as “The Great” only after they leave the scene. However, Ramses, wouldn’t have hesitated to put those words on his business card.

During the height of his powers he was worshipped as a God and left behind a massive number of works. Even today, 3000 years later, you can see them scattered across the Egyptian landscape.

Neil MacGregor, director of the British Museum, points out, “He was a consummate self-publicist. He had no scruples.”

Ramses ordered the creation of two massive temples of Abu Simbel. The larger of the two, The Great Temple, is like an ancient Mt. Rushmore with four 60 ft. statues. All four depict Ramses.

According to his scribes, he won every battle. Every victory was a knockout. MacGregor declares: “His purpose was to create a legacy to speak to all generations of people.” That’s why everything about Ramses was HUGE!

Maybe there is an ancient Egyptian hieroglyph somewhere that has the motto: “Make Egypt Great Again.”

But the irony is that everything we see and know that Ramses today is in ruins. After his reign, Egyptian culture entered a decline from which it never recovered.

What other great leader lived out his years in this ancient part of the world?

Jesus left no statues of himself. We don’t know what he looked like. As far as we know, he wrote nothing. He never commissioned a temple or led an army.

Jesus died in weakness, abandoned by his own apprentices. So what is his legacy?

All Jesus left was the changed hearts of his followers.

You don’t have to visit a museum or travel to a distant location to see what Jesus accomplished. 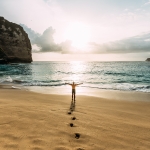 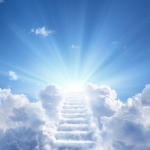