In 1848, a young engineer from Philadelphia by the name of Charles Ellett Jr. was contemplating a difficult task. He hoped to build a bridge across the gorge of the Niagara River just below the famous falls.

Local politicians-both Canadians and Americans, representing opposite sides of the river-believed that a bridge linking their two countries would revolutionize the economic prospects of the area. But dozens of engineers surveyed the setting and agreed it couldn’t be done.

The Niagara Gorge is 800 feet across. The jagged limestone cliffs on both sides are 225 feet high. The water, churned by its 300 plus foot drop over the falls, is so turbulent that it’s barely navigable.

Who in their right mind would attempt to overcome such physical obstacles?

To get started all you need is one cable. Or one wire. Or even one sturdy piece of string. If you can anchor just one strand on each side of the gap, everything else can be added gradually, building upon that single cord.

But how would Ellett get that first strand across the Niagara Gorge? He hosted a brainstorm of ideas. Using a boat (with mid-19th century technology) was unthinkable. What about attaching a cable to a rocket or cannonball and shooting it across? Not very realistic.

Then someone came up with a truly novel suggestion. Fly a kite over the canyon trailing a long string. Bring the kite down on the opposite shore and voila- the construction is made.

On January 31, 1848, an American boy named Homan Walsh successfully landed his kite on the Canadian side of the gorge. Just six months later, on August 1, the bridge was completed and open to the public. Actually, the real task turned out to be surprisingly humble and attainable.

Today you may be facing a responsibility so big and so complicated that you can hardly breathe. You lie awake at night and it feels like an unbridgeable canyon.

So go fly a kite.

Do the one small thing you know you have to do to get started.

The Book of Proverbs is based toward action. The overall thrust of the book is to do something—to take the next step however humble.

And before you know it, as soon as you’ve put enough of those steps together, the bridge will be built. 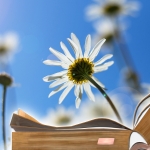 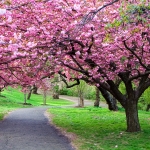