“Life Does Not End in a Cemetery”

Edgar Allan Poe didn’t invent scary stories and melancholy poems. But his brooding works have made him with the possible exception of Mark Twain, the most widely recognized literary figure in American history.

Everything he wrote was influenced by the tragedy of his personal life. He deeply loved four women: his mother, the mother of a close friend, his stepmother, and his wife. All four of them died in agony in his presence. Poe himself died in Baltimore at the age of 40, succumbing to a relapse of alcoholism. Poe is best known for his horror stories. They feature uncommon evils in uncommon settings.

But what was most horrifying to Poe was something common to all of us: the apparent finality of grief and loss. This is on full display in his 1845 poem The Raven, which contrary to his own expectations, became a major sensation. Literary professor Elliot Engel argues that it can rightfully be considered the most famous poem ever published-not to mention the inspiration for the name of Baltimore’s NFL franchise.

Poe later said he was trying to write an adult fairy tale. He was asked, “Then why didn’t you start with the classic words, ‘Once upon a time?” He answered, “But I did open it that way. In my mind, all time is midnight and dreary.”

All Ravens are mimics. The bird, annoyingly, has picked up a vocabulary of exactly one word: Nevermore.

The poet has recently lost his wife who is the love of his life, a young woman by the name of Lenore. Having staggered through the various stages of grief, he is now descending into madness. He asks the raven whether his memories can ever be free from the one he has lost. “Nevermore” Will he be reunited with her in heaven? “Nevermore.” So he is trapped. He cannot forget his unbearable grief and there is no hope things will ever get better. His sorrow cannot be redeemed.

The poem ends with the raven perched on a bust of Pallas. There is no escape from its morbid shadow. The Raven is the work of a gifted writer with a shattered heart. If all our relationships end in a sickroom-with a physician’s, “I’m sorry there’s nothing else we can do”-then life is a joke. Falling in love is too painful. Everything will be taken away from us and there’s no relief from the sadness.

Socrates, as he approached the moment of death, was compassionate. He comforted his friends. The dying Buddha was pragmatic. He advised his disciples to keep working out their salvation. The French philosopher Voltaire was whimsical. “Life is a shipwreck, but we must not forget to sing in the lifeboats.”

Jesus had a different message. The night before his death, he assured friends that his life and theirs would not end in a cemetery. “Don’t let your hearts be troubled. You believe in God. Believe in me too. In my father’s house there are many rooms. If that weren’t true, would I have told you that I’m going to prepare a place for you.” John 14:1-2

There will be days in which death will seem to hang over us like a big black bird. But the Father of Jesus is infinitely larger than our fears, and his love is stronger than death. We can live in the hope that nothing can separate us from the One who promised to come back for us. 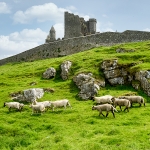 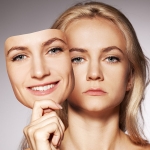