On May 7, 1915, some nine months after the start of World War I, a German U
boat torpedoed the passenger liner Lusitania as it sailed in neutral waters off the
southern coast of Ireland. The ship vanished in just 18 minutes. Nearly 1200
passengers died. A third of the victims were women and children and 128 of those
who were lost were Americans. Since the United States wasn’t a combatant in the
war-that wouldn’t happen for two more years-Americans were outraged.

It didn’t help that Germany made the outrageous decision to declare a national
holiday to celebrate the sinking of the passenger ship that couldn’t fight back.

All of a sudden, as social historian Bill Bryson documents in his book One Summer,
it was dangerous to be a German in America. A German man in St. Louis was
hanged by a mob because he spoke out about America. German businesses were
boycotted. Restaurants stopped serving German food. Sauerkraut famously
became liberty cabbage. Some communities made it illegal to play German music.
Iowa outlawed conversations in any language other than English in schools, at
church or even the telephone. There is no use in anyone wasting time praying in
any language other than English the Governor of Iowa stated.

That would come as new to St. Augustine, who prayed in Latin; to Watchman Nee
who prayed in Chinese; to Pope Francis who regularly prays in his native Spanish
and to Jesus who talked to his heavenly Father on a daily basis in Hebrew or
Aramaic.

Aside from the important lesson of not looking to elected officials for theological
pointers, this impassioned chapter in American history reminds us of something
profound. Jesus calls us not to blast our enemies, but to love them.

Praying for those who misunderstand and hurt us is at the core of Jesus’ Sermon
on the Mount. This is one of the most counterintuitive choices for human beings of
every generation.

Where do we even start?

If you are hoping to make a New Year’s resolution that will fundamentally change
your life, ask God for the grace to pray at least once a day in 2022 the hardest
prayer.

Pray for that family member who snubbed you at Christmas. Pray for the military
leaders, Presidents and common soldiers who are glaring at each other across the
country of Russia and Ukraine.

You cannot possibly do these things in your own strength. But if you ask Him, God
will put his own love into your heart. You can be sure that God will be listening to
all such requests. In every language! 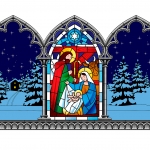 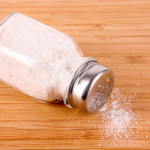