Johann Sebastian Bach (1685-1750) is deservedly regarded as one of the great musical composers of all
time.  During his own lifetime, however, Bach was largely ignored.  He did not have a university degree.  He had a reputation for being difficult to work with.  He became the musical director of four principal Lutheran churches in Leipzig, Germany, but only after the search committee had failed to hire their first three choices.

His music was considered imitative.

Bach worked in obscurity most of his life.  Few people grasped the quality and the quantity of the music he was creating.

Take Bach’s cantatas.  A cantata is a fully orchestrated composition which often involves a choir.  It may last from 30 minutes to several hours.  These days an average church choir may perform one cantata a year, but only after months of preparation.

Bach wrote at least one entirely new cantata-length work every week for seven consecutive years.  Many of those numbers were performed only once, after which they were never heard from again.

Today we have in our possession about 200 of Bach’s cantatas.  Hundreds of others have vanished.

After his death, Bach’s family was in dire straits financially.  They sold off unknown numbers of his
compositions.

And then there’s the Brandenburg Concerto.  In 1712, Bach was casting about for a new job.  He wrote to a German official, the Margrave of Brandenburg, advertising his availability as a musical composer and
performer.  Bach decided to create an artistic resume.  So he wrote a series of six concerts.  In a cover letter he said they represented the “little talents which Heaven has given me for Music.”

As far as we know the six concertos were never performed for the Margrave, since he didn’t have enough
court musicians on hand.  They were eventually filed.  And then forgotten.

When the Margrave died in 1734, the one and only copy of the concertos was sold for the modern
equivalent of $24.  They wound up in the Brandenburg state archives, where someone finally stumbled upon them 112 years later.

And then for the first time they were played. The world has been staggered by their beauty ever since.

Until a century after Bach’s death, no one knew the Brandenburg Concertos were one of the world’s great musical treasures.

Most of us have never been mistaken for musical geniuses.  But in other regards we may feel a bit like
Bach.

We’ve worked hard on things and nobody even noticed.  No one said thank you for the support you have
given during a difficult time.  Or when we knocked ourselves out trying to reconcile quarreling family
members, but it’s as if our best efforts were filed away and forgotten.  But we know for sure our efforts are not unknown.
At the end of his compositions Bach personally inscribed three Latin words:  Soli Deo Gloria  (For God’s Glory Alone)  He never lost sight of his true audience.

Even when it seems no one is paying attention, our call is still to do our utmost.  To please the Audience of One. 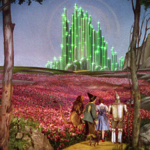 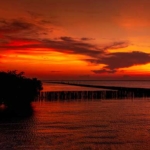