In 1849 a young Russian named Fyodor Dostoevsky was arrested and imprisoned. He was
charged with being part of a group that read books that appeared to be critical of Czar
Nicholas I. After waiting eight months in a festering jail, Dostoevsky and his fellow
criminals were led out three days before Christmas into the night. They were horrified
to hear they had been sentenced to death. There would be no trial and no possibility of
appeal.

And no opportunity even to prepare for the last moments of life.

The men were led to stakes. A clerk recited Romans 6:23 to each prisoner, “The
wages of sin is death,” and held out a cross to be kissed. Drums rolled. The
execution squad raised their rifles. The commander lifted his sword and shouted,
“Ready…aim…”

And then at the last moment a messenger appeared, carrying word from the Czar
himself. He would mercifully commute their sentences to 10 imprisonment. They were
spared!

One of the prisoners suffered a mental breakdown from which he recovered. Another
sank to his knees and wept aloud, blessing the Czar. Dostoevsky, who wasn’t yet 30
years old, experienced what can only be described as a resurrection. One moment he
was resigned to his own tragic and meaningless death. The next moment he was alive
as never before.

Dostoevsky and his fellow prisoners were shackled and sent on a dreadful 18 day
journey to Siberia. He never received a letter from his family during this time.

All the ingredients had come together for despair. Or bitterness. Or vengeful
obsession. But somehow Dostoevsky emerged from his ordeal overwhelmed by the
sheer joy of being alive. He had virtually memorized the only book he had been allowed
to read while in prison: the New Testament.

He went on to become perhaps the greatest novelist of all time. Crime and Punishment.
The Idiot. The Possessed, and The Brothers Karamazov are turbulent, multi-layered
dramas exploring the meaning of life and the stark reality of suffering in a fallen world.

But they all have the same bottom line: Grace Wins.

He never got over the wonder of having one more day to experience life as God’s
child. God willing, none of us will have to face an execution squad this week. But here
is a prayer to help us realize like Dostoevsky the depths of amazing grace.

“Lord help me seize this day- this day that is a gift from you. Open my hands and my heart to receive whatever you have prepared for me. Help me rejoice in the fact that I am alive right now and that by your grace I can live for you…one day at a time. In the name and for the sake of Jesus Christ, your Son. Amen.” 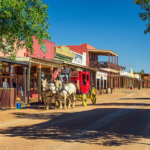 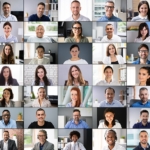