“If You Could Live Forever”

If you could live forever, would you want to?  That question was posed to Miss Alabama

in the Miss USA competition in 1984,  She replied, “I would not live forever, because we

interesting answer notwithstanding, the question of immortality has troubled and

According to Greek mythology, the Goddess Eos fell in love with Tithonus, a mortal from

the city of Troy.  She pleaded with Zeus to grant him the gift of immortality.  Zeus

complied.  But Eos had neglected to specify one small detail–that Tithonus should

remain forever young.  Instead he became older and decrepit with every passing year.

research.  “Immortalists” are convinced that science will one day solve the riddles of

aging.  The majority of scientists, however, remain skeptical.

Like it or not, at least for the foreseeable future, every human life has an expiration

date.  We are not immortal.

That leaves us grappling with that other ancient question:  Is there life beyond the

grave?  Some of the smartest people in the world have come up with different answers to

that question.  The late professor Armand Nicholi Jr, taught a course at Harvard for 35

years that contrasted two of the 20th century’s most brilliant minds.  He summarized his

Love, Sex and the Meaning of Life.”

Nicholi’s closing chapter on the subject of death is illuminating.  Sigmund Freud, the

would die.   Birthdays were occasions of despair.  Throughout his life he fatalistically

parted company with others by saying, “Goodbye, you may never see me again.”  In

September 1939, as cancer ravaged his body, he arranged for his physician to give him

an overdose of morphine so he could exit the world on his own terms.

For the first half of his life, C.S. Lewis was also an atheist.  It can safely be said that his

conversion to Christianity at age 31 transformed his perspective on everything.  That

included death.  “There are better things ahead of us than anything we leave behind,”

he wrote toward the end of his life.  He actually enjoyed the process of aging.  “Autumn

is the best season,” he insisted, and saw the physical decline not as the final chapter of

his life’s story, but as a prelude to personal renewal.  The death of his wife Joy was a

shattering experience.  He acknowledged that it jolted the foundations of his faith.  But

as his own death approached a few years later, he felt both peace and anticipation.  He

calmly told his brother, “I have done all I was sent into the world to do.”

because it happened on November 22, 1963, the same day JFK was assassinated.

life.  Death and loss are clearly Plan B in God’s world–the result of things going very

wrong.  But death itself, specifically the death of God’s Son, became the very means by

which God rescued us.  We are not going to live in this world forever.  Death, however,

does not get the last word.  Therefore one of the Holy Spirit’s primary jobs is to prepare

us to face death without fear.

everything will be lost.  That was Sigmund Freud’s lifelong fear.  But it’s more accurate

from a biblical perspective to say that we go through death into something wonderful.

party.  No wonder the Bible’s most oft-repeated command is, “Don’t be Afraid.”

Life can be tough.  And death can seem so deadly.  But because of the One who put death

out of commission on the cross, all shall be well at life’s end. 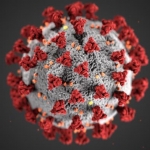