It’s summertime, the season for hot dogs.  There have always been two great mysteries

surrounding the quintessential American snack:  What are they really made of?

And who actually invented them?  The first mystery has become the stuff of urban

legend—as in why does one never see a stray dog sniffing around an Oscar Mayer plant?

The FDA assures us that our worst nightmares have not in fact come true.  “

Wieners” are generally comprised of various cuts of pork, chicken, and turkey, while

“franks” come from the beef side of the market.  There are of course numerous additives-

seasonings, coloring, sodium, fillers and are certain that you, and the like-which is why

Americans put away more than 20 billion hot dogs a year.  That works out to something

like 70 per person.  If you’ve just done a personal tally and are certain that you couldn’t

have eaten more than a dozen so far this year, it should be dawning on you that some of

the one about origins-is a vexing one for historians.  A handful of entrepreneurs claim to

have launched the wiener-and-frank revolution sometime during the past 150 years, and

each candidate has enthusiastic supporters.

sausages on the streets of St. Louis in 1880.  He even let customers wear a pair of gloves

so they wouldn’t burn their fingers.  But when a number of customers walked off with

the gloves, his wife suggested serving sausages in a roll.

Then there was the enterprising Englishman Harry Stevens.  Sometime before 1920 he

This did nothing of course to suppress the rumors of canine constituents, but Stevens

appear near American factories.  When workers hesitated to sample the “mystery meat,”

them to eat a hot dog every day within sight of the crowds.  If doctors eat hot dogs they

must be fine.  Right?

And so people gradually learned not to worry overly much about hot dog purity.

Unfortunately, the same thing seems to have happened with regard to the purity of

human character.  Many people are like hot dogs.  Just enjoy each other.  Do we really

have to worry about what’s inside?  That may be the spirit of our times, but it’s

Religion generally falls into two categories:  those that preach purity as a personal

achievement, and those who preach purity as a gift that God alone can give.  The Way of

bit, and things will work out in the end.”  God asks for utter purity- and then,

incomprehensibly, treats those who trust Jesus for forgiveness as if they had lived up to

The only response that seems appropriate to such an arrangement is Wow.

Although some may even be led to say Hot Dog! 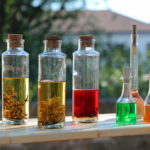 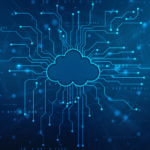