“Let God Do the Judging and Sorting”

In Matthew 13 (verses 24-30 and 36-43) Jesus describes a man who plants seeds in his field. He aims to grow a crop of wheat but when the tiny plants appear above the soil, it’s obvious that someone has sowed chaos. Something else is growing there. He discovers the wheat and another plant are growing side by side. Nobody can tell them apart.

Jesus is reporting a situation well known in Palestine. The unwelcome seedlings are beaded darnel, a weed that looks exactly like wheat. It grows at the same time and is the same color and also grows the same height. Only when the heads appear can you tell the grains apart.

The heads of wheat are golden, while bearded darnel has little gray beards at the end of each stalk. By that time it’s too late to yank all the weeds away from the roots of the good plants. “Let them grow together until the harvest,” says Jesus. “Then I will separate the wheat from the weeds.”

The problem is, who wants to wait until God’s harvest to deal with the problems of the World? Most of us assume we are exceedingly well qualified to accomplish the sorting process. We know a weed when we see one. In the presence of other people, we can tell the good ones from the sneaky ones from the sad ones from the most likable ones and the old-and-used-up ones—even as Jesus pleads with us about this. “You will never get it right. Leave the harvest to me.”

Why is he so passionate about this?

We rarely recognize God’s champions. We may not exactly know what a growing saint looks like or the true condition of a human heart.

And it just so happens that God delights in using people who seem to be behind the scenes to do his will. These are not always “Super Christians.”

In scripture, Moses identifies himself as a stuttering coward who took on Pharaoh. When an Angel tries to recruit Gideon he says, “Are you kidding? I’m the least of the least and have no background.” David, the warrior-king who would be the “man after God’s own heart,” starts out as a red-haired runt. The Apostle Paul is introduced in the Bible as a Jewish fundamentalist cheering on the lynching of Stephen.

Do we really have eyes to see what God sees when judging people?

Every day, all around us are people we may deem unworthy of God’s kingdom. Often, we have no idea what is going on behind the scenes of these people’s lives. We see people today dealing with holding down two jobs just to feed their families. People who have not had the educational and cultural advantages many of us have had over our lifetimes. These are plants growing in the field with the rest of us.

On Harvest Day, it may turn out they were God’s children as much as any of us who feel we are being faithful in our walk with Christ. As a Pastor, I have real problems with those who feel somehow they are God’s people and everyone else is just lost.

At the Harvest we won’t be doing the sorting any more than we need to be doing it today. It is the Savior’s job to sort and save. What does that leave for the rest of us?

OUR JOB IS TO LOVE! 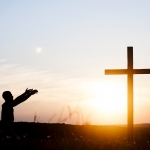 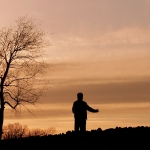