In 1898 a German scientist believed he had discovered the Holy Grail of pain relief. Heinrich Dresser, who worked as a chemist for Bayer—the corporation that had created a remarkable new drug called aspirin—was hoping to synthesize a painkiller that wouldn’t lead to addiction.

The world had long known about morphine, the powerful, naturally-occurring opioid. But morphine users inevitably discover the grim side effect to its amazing painkilling powers: the near certainty of an ongoing dependence that empties the bank account and ruins one’s health.

Dresser cooked up a synthetic opioid called diacetylmorphine. He declared it to be five times more powerful than morphine. The leadership team at Bayer called it a miracle. That’s actually what they wanted to call this new drug, but it came to be known as heroin.

Bayer immediately began peddling it over the counter. Sales skyrocketed. By 1900 Eli Lilly had claimed the American market. But by 1905, it was clear something was terribly wrong. Dresser had patient-tested this drug for only four weeks, not nearly enough to realize it was one of the most addictive substances on the planet.

The quest for an ideal painkiller continued to dominate the 20th century. By the 1990’s the American Pain Society and several large pharmaceutical companies were committed to the idea that no one should have to feel pain.

But as Harry Wiland points out in his book “Do No Harm”, pain is highly subjective. Seemingly identical injuries can produce widely varying responses. Our pain can be impacted by a variety of emotional factors, including sadness, depression, worry, fear and childhood trauma. How can such circumstances ever be quantified?

The quandary continues. It’s still widely felt that no one should feel pain. After all, we have such fabulous painkillers.

For as long as scientists and doctors have been seeking the Holy Grail of pain relief, there have been members of the Christian community who think they have the answer. Are you hurting and sick? Crippled or broken? Preachers spotlight verses like Exodus 15:26 where God says to His people: “I am the Lord your God, who heals you.” God will take away your pain! It’s such a wonderful blanket promise. But as the old saying goes “a text out of context is a pretext.”

The Holy Spirit gently opens our eyes to all 66 books that make up the biblical library. What we discover is that God’s people routinely suffer pain, hurt and disappointment. Followers of Jesus get cancer, ALS and Diabetes. Sometimes God provides miraculous healings. Often He does not.

So what is the point of abandoning ourselves to such a God?

First, our pain matters to God. Jesus shared it on the cross what it feels like to be cut off from his Father in Heaven: “My God, my God, why have you forsaken me”. (Matt. 27:46)

In a broken world, there’s no such thing as a pain-free life. But we weren’t made just for life in this world. And the God who became one of us, and whose nerve endings have registered hurts just like ours, has promised never to leave our side. 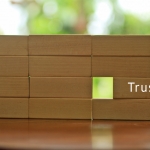 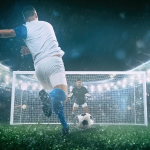