It’s the biggest moment of your life. It’s just you and the goal keeper, who is standing in the middle of the net.

The soccer goal he or she is guarding is 24 feet wide and you can hit the penalty shot that will win the World Cup and forever ensure your place in the hearts of your fellow country men and women. You will live the rest of your days in either glory or abject humiliation.

As Steven Levitt and Stephen Dubner point out in their book, “Think Like a Freak”, it really comes down to where you decide to kick the ball.

Conventional wisdom says you can aim for the left or right corner. As soon as you approach the ball, the goalie is hurling his or her body, hands outstretched, in order to stop your goal.

In the elite level of soccer competition, about 75% of corner shots are successful. If the goalie guesses wrong, the odds are in your favor into the corner but it is not a gimme. Even an All-Star can miss the mark.

If you’re right-footed and most soccer players are, the left side of the net is your strong side and goalies know this as well. They fling themselves towards the ball most of the time and to the right side only 41%.

The whole world is watching. Your future is at stake. What will you do? Levitt and Dubner propose a third option. A middle kick that goes straight ahead. Statistics show that players only kick for the middle 2% of the time-which means the odds of a goal might be infinitely easier to hit than a shot to the corner. Interestingly, kicks in international competition go toward the corner. Why?

Dubner and Levitt have a theory. It’s fear. Fear of appearing to avoid the harder kick when the goalie stands their ground and easily deflects.

The clash of motivations here is huge. You want to go with the higher odds and aim for the center. But you don’t want to look stupid either which prompts most people to protect their own reputation and take the corner kick.

So what can we do? We can bet our lives on the words of St. Paul: “Brothers and Sisters, not that I have already been made perfect but I press on toward the goal, straining for what is ahead. I press toward the goal which God has called me heavenward in Christ. (Philippians 3:12-13)

What would you do if you were afraid?

Forget the past. Set your mind on the work God has set before you, however humble, knowing that underneath is God’s goal of healing this broken world. 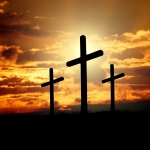 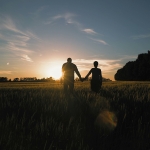