“The Earth Is The Lords”

The opening decades of the 21st Century may well become known as the time astronomer bade farewell to one beloved planet and said hello to thousands of others. Pluto lost its place at the grownups table in our solar system back in 2006. Even though Pluto was cherished by myriads of sky-watchers-astronomers couldn’t overlook the fact that powerful new telescopes have now located dozens of other objects orbiting around the sun that are as large as Pluto. One of them, names Eros, is 27% larger than Pluto.

But even when our solar system has declined from nine planets to eight, the number of exoplanets-bodies that we can see orbiting faraway stars-has grown rapidly. Some of these defy comprehension. A Jupiter-sized planet called 51-Peg-b races around its star in just four days. By contrast, it takes 10 years for “the real Jupiter” to orbit the sun. Some carbon rich planets are under extreme pressure and are thought to be made of diamonds. There are pink planets and one extraordinary world features a deadly rain of molten glass falling at immense speed. The giant planet Wasp-76b, discovered in May 2020, has yellow skies and rains iron.

What do all these planets have in common? None of them is remotely like Earth.

Three decades ago, the Astronomer Carl Sagan suggested there were two important criteria for a planet to support life. Such a planet would need to be near “the right kind of star.” And secondly, it needed to be the right distance from that star. His colleagues promptly punched their calculators and came up with a number of planets in our universe that might fit the criteria. It was a very big number: one septillion (that’s a one followed by 21 zeroes)

But it turns out that the Goldilocks Planet- one that is “just right” for life is more complex than anyone imagined.

Author Eric Metaxas points out: “Today there are more than 200 known parameters necessary for a planet to support life-every single one must be perfectly met or the whole thing falls apart. The odds against life in this universe is simply astonishing.”

Then he asks the question, that most scientific materialists find uncomfortable: “Doesn’t assuming that an intelligence created these perfect conditions require far less faith than believing that a life-sustaining Earth just happened to beat the inconceivable odds to come into being?”

Many scientists have admitted that their atheism was greatly shaken by this logic. Sir Fred Hoyle wrote “that a common sense interpretation of the facts suggests that a super-intellect has monkeyed with the physics, as with chemistry and biology.

The Bible puts it a little more poetically: “The Earth is the Lord’s, and everything in it, the world and all who live in it.” (Psalm 24:1)

In reality, it appears to be exceedingly hard to find a Goldilocks planet. Against all odds, it may just be that we’re blessed to live on the only one. 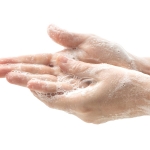 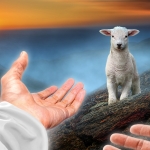