“You Are Not Alone”

In the late 1960’s, Dr. James Reddick-a Seattle Dentist and experienced mountaineer-took his 12 year old daughter and 11 year old son on a hike up the steep slopes of Mt. Rainier, the volcanic peak that towers above the city.

It was Memorial Day weekend, a time late enough on the calendar for hikers not to be overly worried about winter storms. But the family mountaineering adventure became a nightmare. A sudden blinding snowstorm with hurricane force winds trapped Reddick and his children against the side of the mountain. Their visibility gone and their body temperatures dropping, Reddick began digging furiously with his aluminum mess kit, carving out a kind of cave in the snow.

He put David and Sharon into their sleeping bags and zipped them up, then he tried to figure out a way to seal up the entrance to the shelter.

As Tim Stafford tells the story, Reddick fixed a tarp by the opening. But the wind kept blowing it away.

Finally, Reddick lay down across the opening, using his own body weight to secure the tarp.

Forty-eight hours passed before rescuers saw the edge of a backpack protruding from the snow. Digging deep into the mound before them, they uncovered the two children warm and alive. But James Reddick didn’t make it. In the words of one of the rescuers, he had “taken the cold spot,” using his own body as one of the walls of the protective shelter.

One of Jesus’ more poignant self-descriptions is found in John 10:7: “I am the gate of the sheep.” To this day, when Palestinian shepherds have to spend the night out in the open with their sheep, they typically build a shelter called a sheepfold.

They leave a single opening on one side- the “gate”- and spend the night propped up or lying down in that narrow space. They deliberately place themselves between the flock and the dangers of the world beyond.

What are you facing today that feels threatening-what worry or fear or sorrow or uncertainty?

Here’s what we know for sure. You won’t be facing it alone. There is Someone who lies between you and the worst things you can imagine.

That’s why Jesus is called the Good Shepherd.

He takes the cold spot! 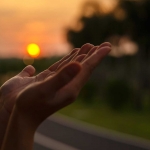 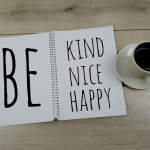