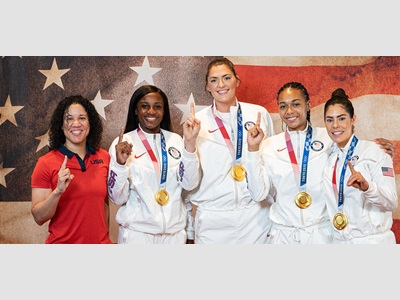 Every day we have two choices.  We can hope that things will get easier.  Or we can handle
life’s hard things better.

That’s the perspective of Kara Lawson, one of this generations most accomplished female
basketball players.  Her resume includes 15 seasons as an All-Star shooting guard in the
WNBA, including a league championship in 2005 with the Sacramento Monarchs.  She was a
member of the US women’s basketball team that won gold at Beijing in 2008.  She also helped
break the NBA coaching gender barrier by serving as an assistant for the Boston Celtics in
2019, and for the past two years has been the head coach of the Duke Blue Devils women’s
basketball team.

Lawson knows from experience that success doesn’t come from waiting for things to get
easier.

“It never gets easier,” she says.  Success is what happens when “you handle hard things
better.”

Her primary goal for her players is that they would become skilled at handling increasingly
difficult circumstances.  “The second we see you handling hard stuff,” she asks, “what are we
going to do?  We’re going to make it harder.”  That’s because greatness comes from facing up
to the myriad of challenges of handling whatever comes next.  “If you have a meaningful
pursuit in life,” says Kara, “it will never be easy.  People are waiting for the easy bus to come
around.  But the easy bus never comes around.”

On the night before his death, Jesus was huddled with the men he had been coaching for
something like three years.  His message was similar:  There’s no getting around the fact that
life is hard.  “I have said these things to you, that in me you may have peace.  In the world you
have tribulation.  But take heart; I have overcome the world.”  (John 16:33)

We can wait for life to get easier.  We can hope that one of these days work won’t be so hard.
Or here at Westminster Village we can find some peace after a lifetime of caring for
ourselves.  Or we can hope prices will go down on the basics of life or there will be an end to
the war in Ukraine.  Or we can hope our bodies will not fail us as we grow older.
But life is not going to get easier.

Grounded by the conviction that Jesus is our never-failing source of peace. Let’s learn to
handle hard things better.