“A Whole New You”

According to the eighth chapter of the Gospel of Luke, what happened when Jesus led his band of disciples to “the other side” of the Sea of Galilee?  The disciples were probably not surprised that Jesus was immediately confronted by a demon-afflicted man.  Traditionally he is known as the Gerasene or Gadarene demoniac.  Jesus asks his name and he identifies himself as Legion.

How did he get in this condition?  We aren’t told.  What does it mean that his name is Legion?  A Roman legion was a unit of heavy infantry that numbered somewhere between 4,000-5,000 soldiers.  Luke tells us he is “legion…because many demons have gone into him.”

Here is where people who live in the 21st century run smack into Hollywood Hogwash, especially as we just got through Halloween.  According to the entertainment industry the spirit world is alive and well.  But human beings are a little more than helpless pawns.  Movies about spiritual darkness tend to have ambiguous theology, no ultimate resolution, and feature really scary things happening to people.

But the showdown between Jesus and Legion is over from minute one.  The afflicted man immediately falls down and begs Jesus for mercy.  This demon motivation has been to destroy this man-to keep him as far away as possible from the love and grace of God.  But the Bible unflinchingly asserts that Jesus is the Master of seen and unseen worlds.  The demons are powerless in his presence.  They promptly rush down the hillside and into the lake.  The shocking thing is they all drown.  Pigs are excellent swimmers.  But the demons want to create havoc.  By drowning the pigs they cause disaster for the people of the region.  These pigs represented the 401(k) of multiple herders.  The upshot is that these people now associate Jesus not with good news but with a major financial setback.

According to this fascinating text we can experience the transforming touch of Jesus in two ways.

First, Jesus is willing and able to do what no one else can do:  He can unchain our hearts, release us from bondage, and send us into a whole new life, just as he did for this one shattered man.

Second, Jesus invites us to join him in this ministry of transforming others.  We may be called to journey “to the other side” with him, just as he did with his disciples.  Or we may be called to stay right where we are and make a difference in our present context, which was his ultimate intent for the Gerasene demoniac. Either way, we become agents of God’s reign.  We may not have the power of Jesus, but we bear his authority-authority to help bring healing to a broken world.

It’s just possible that the saddest verse in the Bible is Luke 8:37 “Then all the people of the region of the Gerasenes asked Jesus to leave them because they were overcome with fear.  So he got into the boat and left.”

Do you realize how much power you have? You have the power to make the Son of God

Or you can do just the opposite.  Like the demon-haunted man in this story, you can respond to Jesus’ transforming touch by choosing to embrace a whole new way of life. 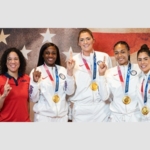 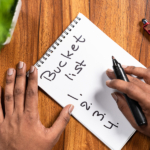