The most urgent question facing every human being lies at the heart of what is arguably the most beloved Christmas movie of all time–Frank Capra’s masterpiece: “It’s A Wonderful Life”.

Is life worth living?

The central character in the movie, George Bailey is a decent man who is overcome by disillusionment. Crushed by memories of “roads not taken” and weighed down by suspicion
that the world would have been a better place without him, he decides to commit suicide on Christmas Eve. With the help of Clarence, his guardian angel, George receives a rare gift–the opportunity to see how his hometown of Bedford Falls would actually have fared without him.

He awakens to the fact that his life matters and matters immensely. For years afterward,
Capra received letters of gratitude from people thanking him for crafting a film that helped
them face their depression. The director later reflected that he wanted to tell a story to the disillusioned, the wino, the junkie, the prostitute, those behind prison walls, that no one is a failure. All of our lives touch so many other lives and if each of us were not around there would be an awful hole. No person is poor who has a friend.

The movie was a box office disappointment. But then came the miracle of cable TV. Because of the generous amount of playtime it quickly won the hearts of a new generation.

The Apostle Paul likewise addresses, again and again, the question of life’s meaning. If God’s story is leading toward a new heaven and a new earth, do our activities in this world really matter all that much? He writes: “Therefore, my beloved dear brothers and sisters, stand firm. Let nothing move you. Always give yourselves fully to the work of the Lord because you know that your labor in the Lord is not in vain.” (I Corinthians 15:58)

In other words, nothing that is ever done for the Lord–whatever things that truly resonate with God’s purposes–will be wasted. What you do in the present-by painting, preaching, singing, sewing. Praying, building hospitals, campaigning for justice, writing poems, loving your neighbor as yourself-will last into God’s future. The smallest choices we make about the ways that we treat other people and the ways we steward what God has entrusted us are going to find their way, through the power of God who raises the dead, into the new creation that God is making.

That message-without the Christian specifics-is what breaks like a wave over George Bailey.
He begins to grasp that life has not been in vain. All his little acts of kindness and compassion which seemed so unimpressive at the time, have been woven together by Clarence the Angel’s Boss to bless everyone in Bedford Falls.

It’s a wonderful life to realize your life isn’t over and that God isn’t done with us yet. It’s a realization that can break over us too even before this day is over. 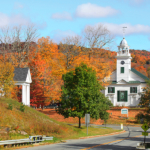 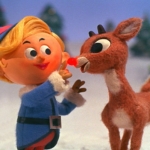